Get fresh music recommendations delivered to your inbox every Friday.

On The Shoulders of Giants 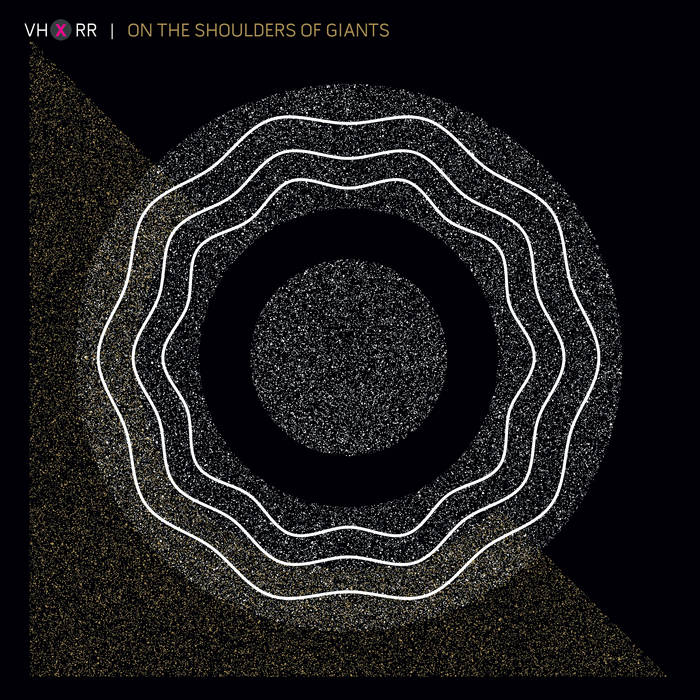 Michael Anthony -Pop Art Ave.com I've been loving the singles leading up to this EP and every track is awesome! Congrats on the new release Von and Rob! I put Shattered Bones as my favorite track but easily listen to each song from 1-6 Favorite track: Shattered Bones (Album Version).

ichafino36 Got my cd yesterday. Great stuff. Missed your El Paso show but hope to catch a show soon

Sea of Synth Simply beautiful 🖤 the chorus of “The Undertow” says it all… on the shoulder of giants, I surrender to you… (again).

Kendra Armer A stunning conclusion to the trilogy. Beats that grab me and won't let go, lyrics that make me cry, melodies that lodge in my mind and carry me through the day. Phenomenal music! Favorite track: Slipped.

FoxPuppy If you're just finding this EP, you should know that you absolutely need all three EPs in the Cosmos Trilogy. This EP is a continuation of some of the best songwriting, production, and performance in the synth genre, bar none. Rob Rowe is simply put one of the best vocalists in rock music. Period. Von Hertzog crafts music that is equal parts crystalline beauty and primal force. Together, they are a sum that is even greater than their vastly talented parts.

Ideas do not exist in a vacuum. They are the result of, and informed by, the past. Previous discoveries lead to new discoveries. Like the full moon, ideas from the past guide us in darkness towards the future.

As the final EP of the Cosmos Trilogy, On the Shoulders of Giants takes its name from the Stephen Hawking book that celebrates the history of physics and astronomy. Just as scientists and explorers build upon past discoveries, VH x RR (Von Hertzog and Rob Rowe) have expanded the themes and explorations of the two previous EPs to create six new songs that illuminate a world of chaos and beauty.

The EP’s opening track “Shattered Bones,” is a dark downtempo exploration of social breakdown and the fragility of existence in an indifferent universe.

“Slipped” further explores the theme of loss first introduced in the title track of “A Sky Full of Ghosts.”

Inspired by one night on a Thailand beach, “Heavenly Outline” is an uptempo celebration of taking chances, pushing through fears, and being rewarded with something of unforgettable beauty.

“The Undertow” and “The Fray” explore the chaos of the modern world, the search for direction and the healing powers of light and love.

Hertzog says, “I see ‘The Undertow’ and ‘The Fray’ as a sort of yin and yang. I tried to use sonic textures for each that helped lend itself to the subject matter. Where ‘The Undertow’ is meant to sound more submerged and buried, as you fight against it, ‘The Fray’ is meant to sound pristine and above everything else. Clarity was of utmost importance for that track as I wanted it to sound like it’s floating, almost holographic. Together they work like two sides of the same coin.”

The EP closes with the heartbreakingly beautiful track “Don’t Let Go” and offers the listener something to hold on to in darker times.

Rowe says, “Once I had Von’s stems, the song practically wrote itself in just a couple of hours. With so many of the songs on the EPs being about some pretty heavy stuff, we thought the hopeful nature of ‘Don’t Let Go’ was the perfect way to end the trilogy.”

With the release of On the Shoulders of Giants, VH x RR have completed a trilogy that has explored the far reaches of the universe and the depths of human existence. Fans of their previous work, or any lovers of all things synth, will love this EP.

Coinciding with the full moon, On the Shoulders of Giants is available August 11th from vhxrr.bandcamp.com and hits all major digital stores and streaming services on September 10th.

VH x RR was founded in 2016 by Kent “Von” Hertzog and Rob Rowe. Hertzog reached out to Rowe on Twitter and essentially cold- called him to see if they could work together. Since then, despite working on their third EP together, the two have still not met in person. Hertzog works in his home studio outside Philadelphia and Rowe works out of his home studio in Seattle. ... more

Bandcamp Daily  your guide to the world of Bandcamp